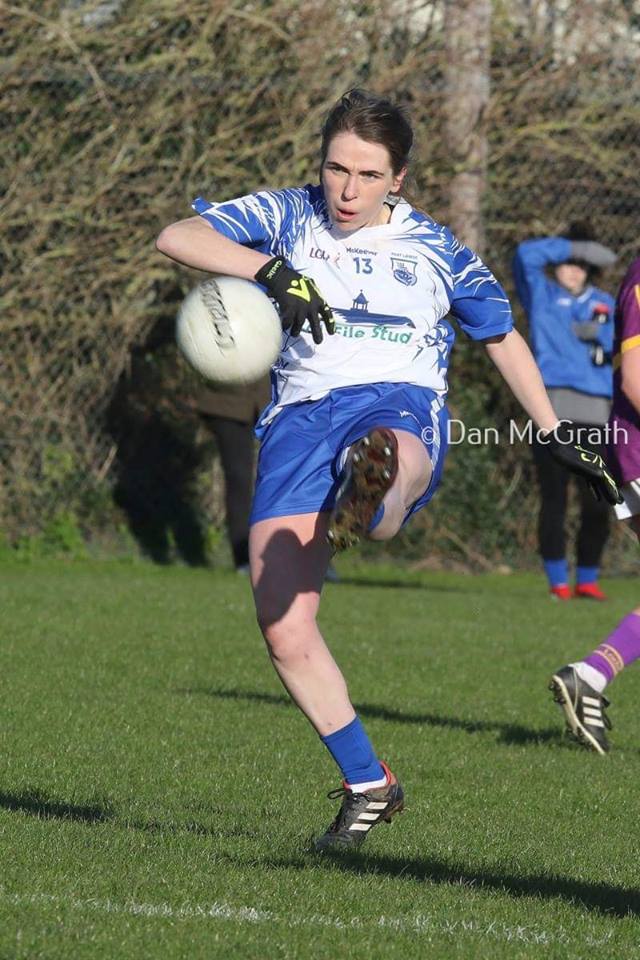 The Gold Coast Sports Complex outside Dungarvan was the venue for Waterford and Wexford to make their debut in the 2019 Lidl National League Division 2 Campaign. The quality of the playing surface and the attractive background of the snow capped Comeragh Mountains wasn’t quite enough to take one’s mind off the biting cold breeze that cut across the pitch. The sizeable attendance shuffled from foot to foot in their winter best as they waited for the action to get under way. From the throw in by Laois referee Kevin Phelan, Wexford were straight on to the front foot and mounted a flurry of attacks for no reward. Their lack of accuracy in part due to the work rate of Waterford defenders hurrying them into shots of dubious virtue.

Waterford took heed of the warning near misses, Emer Fennell, Kate McGrath and captain for the day Maria Delahunty pointed for the home side before Fiona Rochford retaliated for the visitors from a free kick. Despite this set back Waterford continued to be that little bit sharper and aggressive around the pitch. Michelle Ryan, Shauna Dunphy and Aileen Wall combined well to release the charging Delahunty. The Abbeyside girl careered through the heart of the Wexford defence to slot over a finish that was as emphatic as it was accurate. In response Wexford finally unpicked the Waterford back line with a long ball over the top. The Wexford forward confronted with the onrushing figure of St. Pat’s Kelley Moroney in goal saw her hasty fisted finish drift wide of the post.

Wexford attempted to get a grip on the game but their forwards found themselves being frustrated and crowded out time and again. The cause of much of their frustration was Abbeyside’s Caoimhe McGrath who was literally and metaphorically at the heart of the Waterford defense. Her clubmate Megan Dunford foraged relentlessly for broken ball, making herself a complete aggravation to anyone wearing a purple and yellow jersey. An exchange of wides was finally ended by Kate McGrath booming over a long distance point for the Deise girls. Despite their best efforts Wexford were slowly and inexorably drifting out of the game. They were being outworked by a hungry Waterford midfield in which the lightning quick Kelly Ann Hogan was playing more than her part. Hogan’s impressive performance made all the more remarkable as she was fresh from a hard fought Munster School’s final victory with Loreto Clonmel the previous day.

The half time whistle sounded and Waterford jogged off the pitch owning a five point advantage, 06 to 01.

The second half resumed where the first left off. Wexford huffed and puffed but couldn’t quite find a way to blow down the Waterford house. Michelle Ryan leading by example made a magnificent block on an attempted shot by Wexford’s Shauna Murphy. Any threat of a score was quenched before the ball had time to travel more than a few inches from Murphy’s boot. The game became somewhat scrappy and disjointed. A push out wide on Wexford’s Rochford allowed the visitors to finally trouble the scorer with another Rochford free. Wexford started to kick the ball long in an attempt to drag themselves into contention, lofting the ball towards target woman Kilmore’s Maria Byrne. Well marshalled by her marker and unable to secure much clean ball she finally won a free. The kick was punted goalwards but the ball died on the breeze. Fortunately for the home side a Waterford hand clawed it out from under the crossbar as it dipped viciously. The ball was scrambled clear to the audible relief of the home support. Emer Fennell then appointed herself Wexford tormenter-in-chief, following up a Delahunty free with a very nice point from play.

Wexford pushed on in attempt to retrieve something from the game, switching play from wing to wing trying to create an opportunity. Their ambition was finally rewarded by a converted free.
Wexford’s gambling finally caught up with them when the hardworking Waterford midfield intercepted a loose pass and conspired to release Aileen Wall. Wall bore down on goal but never seemed to have full control of the ball. It bobbled from her grasp and she found herself surrounded by 3 Wexford defenders. The chance had gone a begging but no-one had told this to Wall. With her back to goal she pivoted sharply to create space for her self where none existed. She then hooked the ball back over her shoulder to score a memorable point.

To Wexford’s credit they continued to chase what was now looking like a lost cause. With five minutes remaining another long kick pass set one of their forwards rampaging towards goal. Her shot arrowed towards the top corner of the near post. Before the ball had a chance to stretch the net it was slapped away by Caoimhe McGrath speeding to the rescue like a Marvel superhero.

The final notable act of the game from a Wexford viewpoint saw them scoring off a free following a Kate McGrath booking. At the other end Michelle Ryan and Maria Delahunty raised the white flag twice to round out the Waterford scoring. Delahunty ending the game with 4 points, 3 from play.

A winning start for new Waterford manager Ciaran Curran and his charges. Well done to Wexford on their very game challenge. Congratulations to the Waterford girls on their victory built on the back of their endeavour.