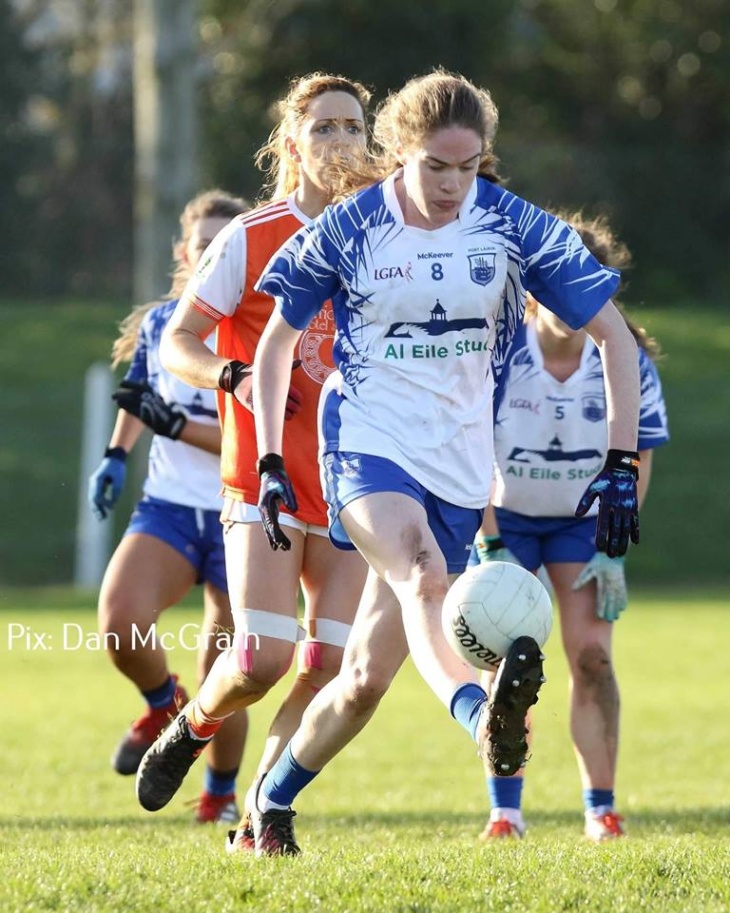 Following a comfortable win in their opening game against Wexford and a barnstorming draw against division favourites Kerry in game two, Waterford would have had some justification in looking forward to testing themselves against Armagh on home turf at the Fraher Field.

The Armagh team set out their stall from the throw in. They created space by playing two up front, the remaining forwards dragged their Waterford markers back towards midfield and out to the wings. With such a  large amount of space to work with the two Mackin sisters made hay. All-star Aimme Mackin opened the scoring in the first minute and it quickly became obvious that Waterford were in for a difficult afternoon. By the ninth minute Blathin Mackin had weighed in with a goal and Waterford saw themselves staring down the wrong end of a 0-1 to 1-04 score. A couple of Maria Delahunty frees afforded a brief respite for Waterford but normal service was soon resumed. The drip drip of orchard county points continued and by the break Armagh had a comfortable 7 point lead. The half time score read Waterford  0-03 Armagh 1-07.

A déjà vu second half continued with more of the same from Armagh. Long balls launched towards their forwards found them one on one with their Déise markers. Two minutes after the restart Aimee Mackin effectively ended the game as a contest. She broke through the despairing challenge of an isolated Waterford defender to find herself one on one with the keeper and shook the home side’s net with her emphatic finish. The high point of Waterford’s day came five minutes into the half when Eimear Fennell gave a masterclass in composure to create space for herself and finish a nice Waterford build-up with a clever shot across the face of goal into the bottom left hand corner. Waterford renewed their efforts but for the most part they were chasing orange shadows. Aimee Mackin weighed in with the best of the Armagh goals in the 17th minute. She broke through two defenders to power a dipping deceptive shot into the bottom right hand corner past the hopeful dive of Moroney in the Waterford goal.

At the final whistle Waterford trailed by 12 points. To Waterford’s credit they kept working hard to drag themselves into the game. Maria Delahunty, Michelle Ryan, Eimear Fennell and Liz Devine weighed in with some nice scores. Karen McGrath put in an overtime shift trying to rescue game and the Waterford defenders who endured a torrid time from their opponents kept going until the end.